Sitting in Osh and looking at the map I was once again caught up in feverish planning. Because, remember, I can plan so well in comfy circumstances! A day before kicking off a fellow cyclist warned me against the road I’ve chosen. He just cycled the same path the other way around and as he put it, if he had known it were to be this hard, he would not have done it. I thanked his advice and… guess what, I decided to do it anyway.

Two weeks later, I was giving the same advice to people on the other side.

Three weeks later, though, as I look back on the pictures I’ve taken and recall the details of my journey, I couldn’t be more pleased. I’m happy I choose this road, the experience was the hardest I’ve ever lived through, but it well worth it! I would not do it again, though, and wouldn’t recommend it to anyone who doesn’t like suffering, only to look back at it later with a grin. Type II fun, ay?!

I hoped to spend as much time in local homes during my days in Kyrgyzstan as possible, so on my first night after leaving Osh, I knocked on a garden door just outside of Jalal-Abad. I was kindly taken in for the night with a very poor but gold-hearted and highly spirited Uzbek family.

Kyrgyz children in their school uniform. Kyrgyz homes are rarely tidy and that’s true for the children at home, as well. But whenever I saw them in school uniform, they looked immaculate in their white shirts.

In the last village I was given a Kyrgyz felt heart that became my favourite accessory, along with to the Turkmen scarf that’s tied to Libby’s handlebar.

It’s Sunflower season! Trucks pour their load of heavy flower heads on the roadside where local people hit out the seeds with a stick and collect them. The empty flower heads are dried and later burned to keep warm.

House with a typical tandoor (cylindrical clay oven) attached to it and fresh Central Asian style naan bread on sale. I took two at once.

On my second night I camped by two families yurt camp, and in the morning I witnessed for the first time how they process fresh milk.

Milk separation: the boiled milk gets poured into the separator that, with a centrifugal force, separates cream from skimmed milk.

Traffic jam on the mountain passage.

Looking up at the Kaldamo pass, my first big climb.

Climbing up the Kaldamo pass.

The most amazing moments of this trip were the mountain passes. You can never know what to expect on the other side. As you look down from each one of them the landscape changes dramatically.

My bike always a great success with the children. This evening I have been waved in to a yurt, just as I reached the bottom of the Kaldamo Pass.

Chicken on their way to the market.

Outside the yurt qurut dries on the last rays of the setting sun. These hard cheese-balls are made of drained sour milk. They are very popular here, but I found them quite horrible. However, you can’t say no when your host offers it to you.

Inside the yurt: everything you need for everyday life.

The next day took me over several smaller passes, up and down between 1800-2800 metres.

Each valley had a new scenery in store for me.

Between the mountains sudden rains and storms came. I could see the clouds tumble over the hills, bringing a drizzle or a quick shower then disappearing on the other side.

Horses watched as I make my way by and they even joined me a few times, escorting me for 5-10 minutes.

Night begun to fall and a heavy rain started when I luckily stumbled upon a farmhouse, after hours of cycling on uninhabited land. I asked if I could stay the night under their roof.

Breakfast with the grandparents. In this part of the world breakfast and dinner is always the same: chai and bread. They mix the weak tea with loads of milk and then mix in some salt (the older generation) or sugar (the younger ones). If more calorie needed, they add a spoonful of kaymak (butter). The bread is eaten by itself or with kaymak, and sometimes there’s jam on the table. Nothing more.

The next day was a bright and sunny once again, but it aslo came with some surprises.

I was expecting a gradual ascent during the day, but instead I found myself climbing to another 2800 metre (the Karak Koo pass, as I later learned), that wasn’t marked on my map. On the other side, it was the most spectacular scenery I have ever seen.

The mountains on the other side looked stunning. Simply out of this world!

It worth coming this way just for this day!

But in the meantime, I have cycled the most difficult terrain I’ve ever been on. Since leaving the asphalt behind in Jalal-Abad the road quality was getting worst and worst. Every day was hard labour, spending 10 hours moving my bike on the highly corrugated gravel road, barely making 50-60 kilometres a day. I had to force myself to look up and appreciate the scenery around me.

On the 6th day, by the time the sun set down, I left the Washboarded road for a short-cut, but the road, once again, disappeared from under me. I found myself in the middle of a field and decided to stop there for the night.

Beautiful morning scene with my campsite.
The background story is that by this time I have been throwing up for 12 hours (possible food or water poisoning) and had barely enough strength to crawl out of the tent.

Another mountain pass separated me from Song-Kul lake and from some form of civilisation, and for this I hitched a car. I could barely pack up my tent and struggled back to the main road, so cycling was not an option. I was also out of reliable water, so I sat down, put my head between my knees and didn’t move until a car offered me a ride.

Up at the lake Jeniskyl took me in and seeing that I’m not feeling to high, she offered me a place to sleep and forced some tea into me. After 16 hours of sleep, I was feeling well again, though a bit weak still.

With Jeniskyl and Esan, we went to get water to the nearby stream.

Song-Kul Lake is an alpine lake at 3016 metres. It marked the top of my journey through the country, as after this it’s mostly downhill to Bishkek. Around the lake nomads spend the warm months in their yurts, keeping mainly sheep and horses, but also a few cows.

I wasn’t overly impressed by the lake. It was nice, but it’s endless flat plains, and if you’ve seen 10 kilometres, you’ve seen it all. For me it couldn’t compete with the past week’s natural wonders, when I had a new view after every twist-and-turn of the road. It worths coming up here, but two days was just enough.

It was also getting cold up there. In the morning there was frost on my bike and the water froze in my bottles overnight. The nomads are also starting to pull down their yurts and are moving to the villages for the winter months.

I spent a second night up at the lake, where I stayed with another couple. They kept horses, and I was surprised to see horses getting milked in the evening.

As I rolled down from Song-Kul the scenery changed again from bare mountains to lush riverside.

And finally, after 400 kilometres of struggling I reached asphalt again. I was considering kneeling down and kissing it, but I was in a hurry. I needed to reach Kochgor, and with that civilisation where a well-needed shower awaited me.

From Kochgor it was just 230 kilometres to Bishkek so I stepped on the pedal and blessed the road that allowed me to actually enjoy riding.

At Lake Issyk Kul I stopped for a picnic, then turned North-West. A couple hours later the wind decided to turn South-East and I was battling such a strong headwind that my max downhill speed pedalling at full-power barely reached 12 kph. It wasn’t long after that I gave up and pitch tent for the night.

Before I arrived to Bishkek, my bike computer turned to 7000. What a day!

The map shows the route, though the end numbers came out a bit different. 772 km cycled, with 10144 metres elevation gain. After a decent shower and a good night’s sleep in Bishkek, I was feeling pretty good about myself. (I also lost some weight as food was scarce these past weeks, so I’ve never been this lean and fit in my life. :) It was a great challenge and a great adventure. I wouldn’t have missed it for anything.

These two weeks were very different from how I travelled previously and every once in a while I like to force myself to do things I haven’t done before.

I was in the middle of the country with no infrastructure, no electricity or water, and where people live a pure but tough life: get up, milk the cow, process the milk, cook lunch, care for the animal, care for the children, milk the cow, go to bed. It was tough, and I enjoyed it being so because I knew I’m just passing through. For me it will be over in a couple weeks. But I could never live like this.

People often ask me whether the trip changes me. Maybe a little. But more importantly, I learn things about myself.

And these two weeks were excellent to get to know myself a bit better.

You know those people who enjoy going out in nature and be happy and content there alone with nothing but the wilderness as company? Well, as it turns out, I’m not one of them. Though, previously I though I would be.

I also thought I would be happy living a quieter life. A simpler one, closer to nature. It turns out I’m not that girl either. I’m more like the girl who enjoys going up a mountain because she sees a challenge in it, then comes down with a sense of achievement, sits back into her 4WD and drives home to her comfy city apartment with a hot shower and a comfy couch where she can plant herself for the night with a hot chocolate and the next episode of House of Cards.

Yeh. I’m not sure how I feel about this, but at least I know it. I could live a simple quiet life. But I really don’t want to.

That’s what I took away from Kyrgyzstan along with the and endless memories of mountains and horses and nomad people and the white dust that’s still stuck to my panniers. 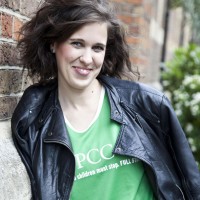